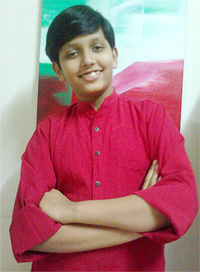 He is a national Award winner for innovation. He was the youngest innovator in 2008 to win a prize for a unique garbage disposal mechanism in a National competition. He received the award Trophy from Honourable Dr A.P.J Abdul Kalam at a grand ceremony at IIM Ahmedabad. When he learnt that he will be receiving the award from Dr Kalam, he made a painting (a portrait of Dr Kalam) and presented it to him during this function. Dr Kalam really appreciated the painting and the gesture.

Atulya is a very bright and creative student who is also a “Karate” Brown Belt. His interview has appeared in The Times of India.

He has been painting and writing since childhood. His articles appear in The Hindu supplement. He was in the “Editorial Board” in his school when in class IV. Later he was in the “Hindi Club” of DPS-RKP. Apart from his school magazine, his poems have also been published in the children’s magazine Bal Hans.

At the age of 11, he came out with his first book, “Pyari Chhotee Khushiyan”, a collection of Hindi poems written by him since the age of 5. The poems portray the little little attachments and happiness of a young, school going child. This book was launched by Dr. D.R. Saini, Principal D.P.S R.K Puram, on 6th April, 2011. Moreover, the book was launched in Dubai by Mr. Ashok Chandra, Chairman D.P.S. Society, at D.P.S. Sharjah in January 2012, during “PARAMPARA-2012”- an annual event. 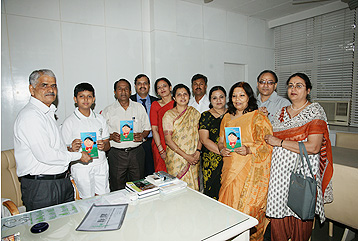 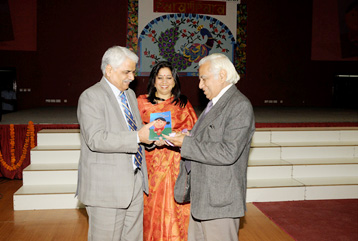